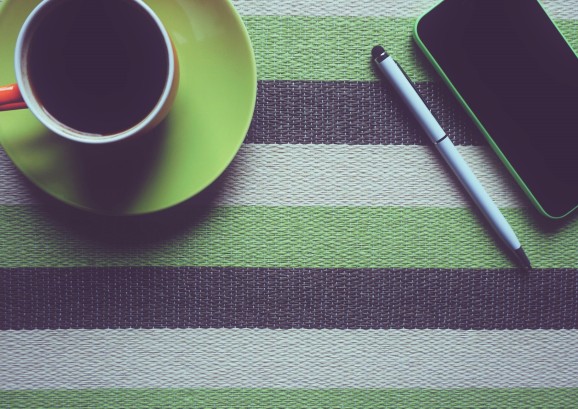 Allow me to ask one simple question: Does that title give away too much? No? Good, I was hoping for that answer. I wouldn’t want anyone to know that I interviewed Biko.

No, not Steve Biko guys. He’s most likely an ancestor right now.

The guy I’m talking about is JACKSON BIKO.

Just to clarify the lovely things he wrote about me on his blog, I never got the memo that I am frail looking. Do I really look weak guys? You’d tell me if I did, right?

Oh, and you will be glad to know that my Pluto phone was finally replaced. With one that looks like it came straight from heaven.

Before I get to the big interview, let me give you a bit of the backstory. Because who doesn’t love a good backstory. To be honest with you, I was nervous as hell the few hours before I met Jackson. (I shall now be calling him that to avoid any further confusion). Even more nervous than a first-time mother about to give birth. But which diehard fan wouldn’t be?

I was excited too, but mostly nervous – about a couple of things. Like getting lost, being extremely late, or never making it there. Only one of those things happened.

Being my first time in that part of town, I naturally got lost. So I had to stop by the unfamiliar roads twice to consult my accompanying friend. With a little luck and help from Google Maps, I finally found my way to his office.

I was expecting to find this towering building, with large shiny glass for windows. You know, the ones which come with spacious luxury rooms that have a fancy brown hardwood table in the middle. Oh, and let’s not forget the great view of the city.

Well instead, I only got a quiet neighborhood made up of little quaint mansionettes. And his office was a small simple room that he shared with Fred, the marketer. How extremely wrong I was. But at the same time, I was kind of relieved.

By now I know 98% of you must be wondering – how did I end up interrogating Chocolate Man himself? (The 2% are my friends). Biko… sorry Jackson, the humble guy and proud owner of the best creative writing blog and Kenyan blog of 2016?

Well like any interviewer would do, I dropped him an email and waited with bated breath. He replied almost the next day, saying that he remembered me (hallelujah) and was open to an interview. His only condition: no photos to be taken. To which I gladly complied. Even if he said that he could only do a Skype interview, I would still have been as ecstatic as a two-year-old kid.

Then the moment arrived. The moment I had been waiting for weeks. When we finally met I was shaking like a leaf. But after a few minutes in his  office, I surprisingly became more relaxed.

That’s because I realized something. I wasn’t talking to the big celebrity I had made up in my mind. It was more like chatting with a tall kawaida guy you’d meet on the street. Or in a hospital. A friendly acquaintance.

And soon enough, all my fear had melted away like butter in the sun.

So, how is it being around Jackson?

Well it’s sort of like being in a comedy show that you didn’t pay for. He is open, honest, and extremely hilarious.

His face lit up when I congratulated him on winning two BAKE Awards (again), even though I was probably the millionth person to do so. However, the man of the night was nowhere to be seen during the awards gala event. He says he was out of town when he received the good news. And that he didn’t see the win coming at all.

(This part is called the warm-up guys).

As we sipped water from tall clear glasses and shared a sugary donut that he insisted I finish, I got real with Jackson Biko.

Let’s start with the blog, why did you call it Bikozulu?

Cause well back in 1993 (starts narrating like an old wise man) the Internet was just coming up and I opened a Hotmail email address, back when Hotmail was the Gmail. I thought biko@hotmail.com naah. Then I thought of Zulu because Biko is from South Africa. So it became bikozulu@hotmail.com.

From 1993 everything now is bikozulu. So when I wanted to start a blog I thought I should just call it by my first name bikozulu. That’s a nice ring to it – a bit of African, a bit of warrior thing.

Oh, so it wasn’t because Xhosa was already taken by Steve Biko? Oh noo.
(He didn’t get the joke. I guess it was only funny in my head.)

You started your blog in 2010. What inspired you to start it?

I lost my job. Okay, I was fired. I didn’t have a creative output but there was online space. So I told myself there’s a platform here, let me just run with it.

But how did you know about blogging when the rest of us only knew of Facebook?

Cause actually, I’m smarter than I look (we both laugh). Blogging was not so popular but I was just looking for a platform and I thought this is a platform I could own.

When you started writing, did you have a mentor?

No, I didn’t have a mentor. I was so hungry like words were burning in me so I just wanted to take them out. I didn’t have time to think of a mentor, sijui someone to guide me. I told myself, just write.

At some point of course, Oyunga Pala was my editor. Because I sort of idolized him, just being in his space had influences. I remember watching him and he was just a cool guy. He offered opinions [to my work]. So he was an influence, but I wouldn’t call him my mentor.
(I guess Oyunga was his Jackson Biko.)

Did you ever think you’d be this famous?

No no no no… (about 8 more nos). I don’t want to think I’m famous. Fame comes with a lot of things. Fame can easily get into your head and then you might think you’re invincible.

But since I have a blog, there are some things I like to let go. Because people might imagine that because Biko has a blog he wants to be treated differently or wants preferential treatment. People are out to judge because of that.

Fame comes with its ills of course also. When you’re famous you lose your space. You can’t afford to be flippant. If you’re angry people will say he’s angry because he’s famous. So fame comes with all that.

But you’re still able to walk around and people don’t know who you are.

For me that’s the best part. Nobody knows who I am. I can go anywhere. I can eat in a kibanda, I can eat at Kempinski. And just in terms of gathering content… I have both worlds. I’m a normal guy, but people know my name. I like it when people know my name, not when they know my face.

As writers, we write a lot about the people in our lives. How does the Missus feel about you writing about your life and family?

In the beginning, you know how it is… It’s hard for her sometimes because she feels like we’re putting our lives out there. So it was hard but then she realized that the more noise she makes, the more I write.

There are certain things I would not write about though. But then there are things I write about that she feels I shouldn’t have written about. But I like to be authentic, and you can’t be authentic if you’re pretending. When you write from here (points at his chest) it comes out well.

In your career and personal life, what has been your happiest moment?

When my mum was alive. I didn’t know then that those were happy moments.

(long pause… pretends to reach out for some tissue)

When I spend some time with my son or he does something, I just feel like… they’re moments. They come and go, but they are very many.

You have a lot of fans, not only in Kenya but all around the world; as well as young writers who admire you. How do you feel about that?

It’s flattering. Sometimes you meet a reader who’s like 58 and he says he liked the 3-AM Man, which is the last article I would imagine he would like. The 3-AM Man is about men who go home very late in the morning. It’s a rib cracker (he was right, it is).

So it’s flattering to see the diversity; people who are old, people who are young, and then people who you don’t imagine read. Like when someone tells me “hey man, you have good stuff”.  I’m like you read me, my goodness. I’m ready to die. So it feels good.

But sometimes you feel the pressure to write a certain way or produce this level of work. But mostly it just feels like wow, they read this rambling. I must be doing something right.

You are obviously a favorite writer of many. Who is your favorite?

I have Tom Junod, I have Junot Diaz, oh my goodness they are so many. That’s because I’m always reading people online, in magazines and books. I’m a ferocious reader. Writing and reading are conjoined, they are like Siamese twins. You can’t write and not read.

(After prodding him to choose one) I don’t have a number one. There’s this chick called Jennifer Bell. She’s funny, very funny. I’ve read all her books and now I’m waiting like where is the next one. When I’m reading her books I think she’s the best. Then I discover another author then I’m like yeah this one is good. Then there is a period of Junot Diaz. So it changes.

Finally, is there anything else you would want to be apart from a journalist?

I’m actually a writer. And I hate when people call me a blogger. I want to think that I’m more than a blogger. And blogging has this connotation here in Kenya that it’s just for layabouts. So when I’m introducing myself I always say I’m Jackson Biko, and I’m a writer.

Writing also encompasses blogging and journalism. I write for the newspapers and I write for my blog too. So I think that I’m a writer. And there’s nothing else I want to do.

Since I say a lot of thank yous (apparently), I shall say no more. But I appreciate you guys for allowing me to share my experiences with you. This was my first real interview, but definitely not my last. After all, I am a journalist – unlike Jackson.

With that said, I can now die in peace.

Go tell your friends about it

19 thoughts on “The Interview”

Seek and you shall Find